Houston real estate’s impressive post-Hurricane Harvey resurgence continued in November as home sales increased for the third straight month following the historic storm. Numbers were up across-the-board, although housing inventory, which did increase year-over-year, remains well below its pre-Harvey level.

According to the Houston Association of Realtors (HAR), in the month of November:

There were 37,914 total active listings.

The average days on the market for sold homes was 61 days.

The median sales price for single-family homes was $225,725.

The average sales price for single-family homes was $284,250.

The inventory for single-family homes was 3.7-months supply.

November picked up pretty much right where October left off, with another impressive jump in year-over-year single-family home sales, this time of 7.4 percent. Home prices saw more minimal gains, as median single-family home price inched up 0.3 percent and average price crept up 0.9 percent. While these year-over-year gains may have been minor, both prices set all-time highs for a Houston November. As previously mentioned, housing inventory, which increased from 3.6-months supply last November to 3.7-months this November, is still well below the 4.3-months level reached shortly before Harvey hit.

Inventory may take some time to get back to where it was pre-Harvey, as a large number of damaged homes have been pulled off the market, and many of the salvageable ones are still in the process of being repaired and restored. Demand though, as it has all year, remains very high throughout the city. Because of this, despite everything, we are still 3.3 percent ahead of 2016’s record-setting sales numbers. Thus, barring a dreadful month of sales in December, Houston will set a new record for single-family home sales in a year...for the second straight year! 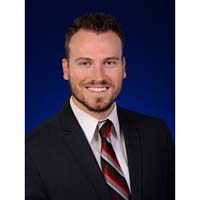 Builders & Developers
Add Your Communities With Us!
open_in_browser